As moderator, I have deleted all those posts where pictures were replaced with exclamation marks. This is most likely because the artists in those posts removed all public viewing of their work.
This also happened to theme pages after the first two years, for what reason I cannot tell.

I have also deleted personal information from members who had left the group before its final year.

Almost all the works made for challenges in the 4 years the group existed are visible in the blog posts themselves. Just keep clicking on older posts to read about the works.

It has been enjoyable to revisit those works this morning, and observe the styles and developments of the artists.
Posted by Julia in NZ at 10:06 PM 1 comment: 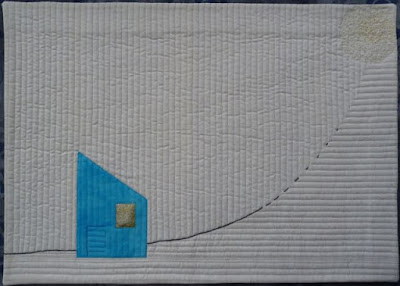 This quilt has taken a while to complete, the final design was intended to be a compilation of the previous three quilts. It also had to be a simpler version of Ad Parnassus Edinburg. I thought then that I had stripped away as much as possible, turns out things can always be simplified further.

Family bereavement left me unable to work on the quilt and once I returned home the design was reworked to add the window. The beginnings of the quilting were removed and a different quilting pattern more in line with the other three quilts was chosen. During the completion of the quilt we said goodbye to my 15 year old Border Collie hence the name.

The gold window reflects the sun"s light, also reminding me of the light in our loved ones eyes, here it will never go out but always shine 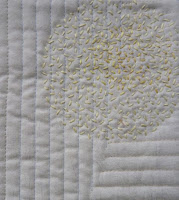 The quilt is faced and worked on commercial cotton with hand dyed fabric for the house, painted metallic fabric for the window and DMC embroidery thread for the sun.

Email ThisBlogThis!Share to TwitterShare to FacebookShare to Pinterest
Labels: Ben's house, Margy Johnson, Through the windows

FROM COLOR TO GRAPHICS 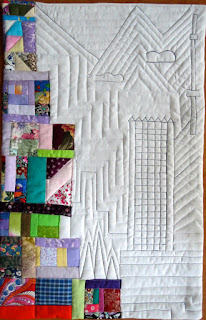 There are a lot of ways to show city: you can use many colors, shapes, shadows...  But this time I decided to try different way for me and use mostly simple lines.
And here is the result of my attempt. 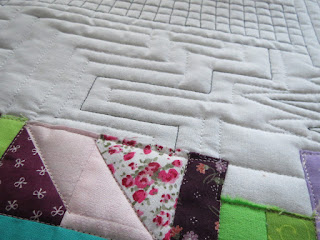 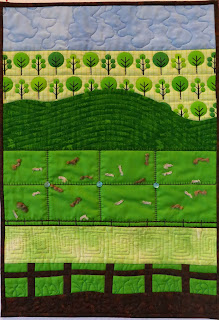 This naive style landscape explores the use of fences to subdivide pasture land. Pasture management is in my farming background, partly from having owned a sheep and cattle farm, and partly because I used to teach it at part time courses for an agricultural college. This is what is called an extensive system, where animals, let us imagine sheep and cattle or sheep and goats, live in the same field all the time, but each field only has a small number of animals. Its advantages are that there is less movement and therefore less stress on the animals, and the water supply can be rationalised. It is the least labour intensive method, and a system that has been around for hundreds of years.  The disadvantages are that the grass is not utilised to its maximum, as some will be trampled and not eaten, animals can pick out the tastier grasses and leave the ones they don't like, and parasites will be more difficult to manage.

But enough of that! This is not really what I wanted to make for my final challenge, which is a detailed portrait of some refugee women and children in a camp in Pakistan. A fence is in the foreground.  It will take me at least another month, though I have done all the preparation. I was just too busy at work to have the time.

This second choice combines elements from the first one in the fences series (green) with elements from the art deco one. It intrigues me that we can assemble a limited number of 'marks' and shapes, and yet we find them convincing as a landscape. 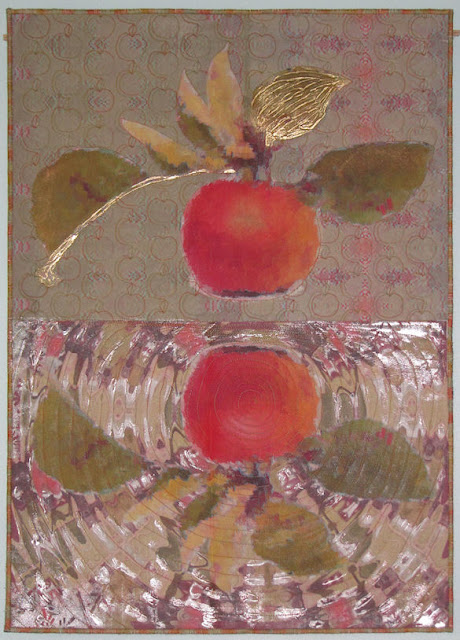 For my last quilt in the 2015 series I have continued to design and develop in Corel PaintShop Photo Pro X3 (which happily continues to work well under Windows 10). I was able to pick and photograph apples from the tree in my garden for this piece so it really does feel like it is completely my own home grown piece of work.

As the challenge for this piece is 'Reflection' I decided to play with the Reflection Effects in the software. There are so many variables to try that in the end I just rolled the dice until I came up with several pictures that I liked. Then I just chose my two favourites and added a Distortion Ripple Effect to the lower one. Examples below...


Once I had settled on the final two background pictures I superimposed my apples over them and I printed them out on TAP and ironed this onto white cotton. It is difficult to make the joins disappear and I used watercolour pencils to try and hide any small gaps.
I applied Golden Soft Gel Medium with a small paintbrush and let it dry and then ironed on gold and silver foil.
Finally I dusted lightly with some pearly and bronzey markal sticks.
The piece was then ironed onto felt with mistyfuse and quilted with YLI machine quilting cotton in Dusk. 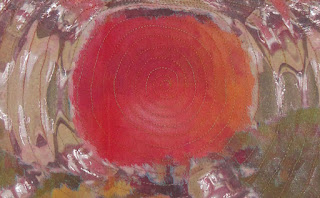 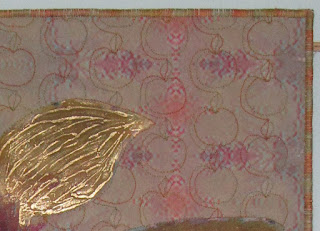 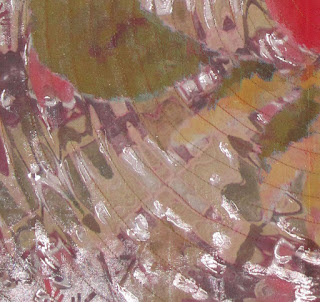 It might interest you to know that I am not very good at visualising which is why I find PaintShop Pro so useful in the design process. Unless I have done something before I cannot imagine what it is going to look like so I do a lot of  'what if', trial and error and test pieces along the way to finalising my piece.


This time I have not been able to make the 4:th Eucalyptus Leaves Quilt. I really have tried hard and a lot, but all my ideas and samples were not good enough, so I have to make a "walk over" this time.
The other day I got round to reading this phrase "The iterative process - reworking, reworking and reworking again - learning something more each time, giving innovations a chance to emerge - and through failures, building resilience". I hope to be able to come back with my final Leaves Quilt another day! Instead of pushing myself to make the quilt in time I got hooked on something else. In October I viseted Ancient Messene in Peloponnesos in Greece.

(Wikepedia)
Most of the area of Ancient Messene contains the ruins of the large classical city-state of Messene refounded by Epaminondas in 369 BC. This Messene, is today´s Ancient Messene. Currently the substantial ruins are a major historical attraction. Much of it has been archaeologically excavated and partly restored or preserved for study and public viewing, as well as for various events. The site was never totally abandoned"

Below are some photos from this beautiful place. 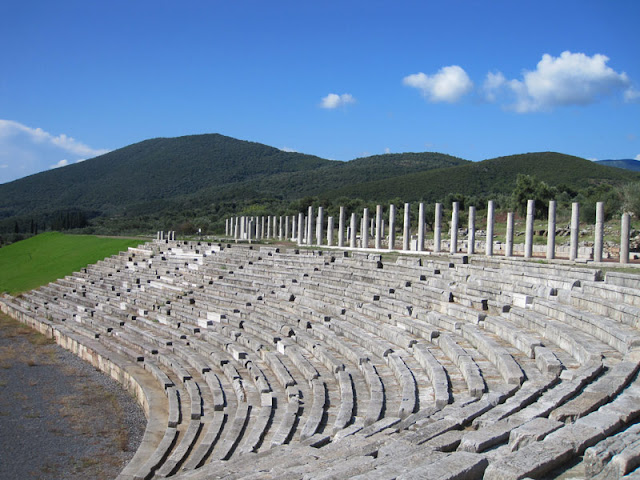 The Olympic Stadion. All seats are numbered and still visabel after thousands of years. 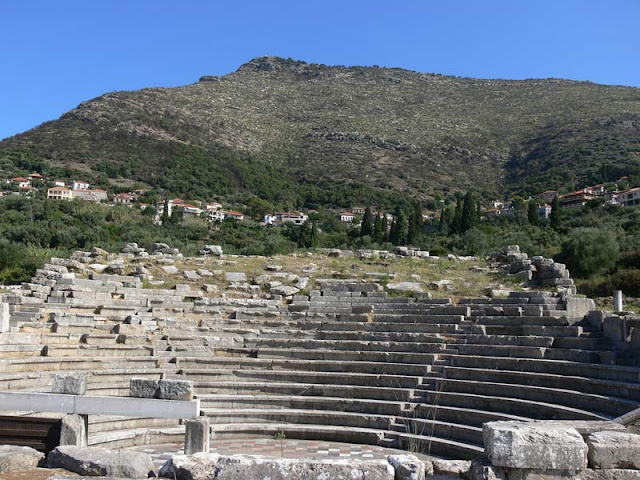 The theatre above is even used today playing old Greek Dramas and below is a detail from the ancient watering system. 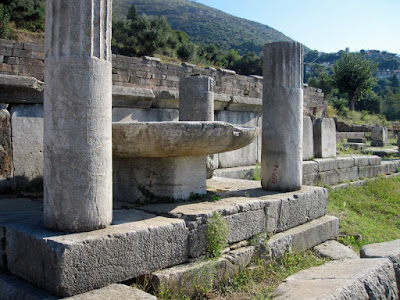 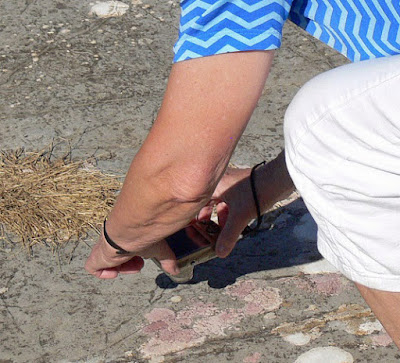 Here on one of the stones at the old theatre I found some interesting patterns which I thought was absolutely lovely. 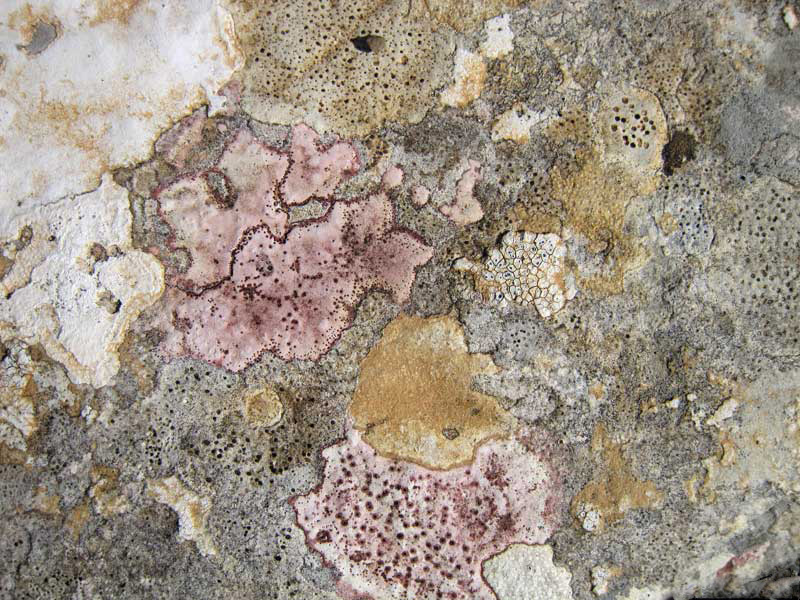 I  loaded it up on my computer and printed it out on a  piece of white cotton and started to embroider on it. Lots of french knots, beads and buttenhole rings.

The rings  were made  by winding the thread several times  around one, two or three fingers in an anticlockwise direction and then work  buttonhole stitches with a tapestry needle  left to right (if you are right-handed) over the threads around the thread ring. This idea I got from the book "Stitch and Structure. Design Technique in two - and three-dimensional textiles"  by Jean Draper.
I have also used rusted fabric to make the pebbles/stones - Timtex on the back as a stiffener, batting on top of it and over this the rusted fabric.  This technique is described in June/July 2014, Quilting Arts Magazine. 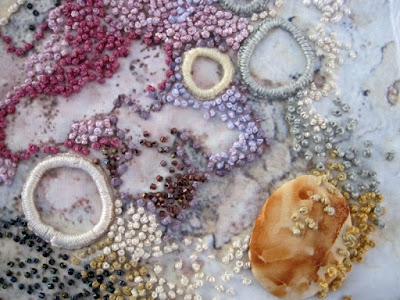 Latitude Quilts is a group of textile artists from around the world who came together through the internet. For the past two years, 2012 -2014, we each created a 15" x 15" piece of artwork based on a common group theme. This year, 2015, we are changing the format and each member will be producing 4 quilts per year based on their own theme but each quilt will follow a challenge theme set by one of our members. Challenge themes will be a design principal or style. The results will be posted here on "Reveal Day" at the end of February, May, August and November. Each of us are enjoying exploring our art with the support and critique of other members.

We welcome your comments on our blog. If you'd like to get in touch with us via email, please contact latitudequilts@
gmail.com .